Israeli Prime Minister Benjamin Netanyahu has told senior ministers he is lifting restrictions on settlement building in East Jerusalem, a statement said on Sunday, immediately after the city’s municipal government approved permits for the building of hundreds of new homes in the area.

“There is no longer a need to coordinate construction in the Jewish neighborhoods in East Jerusalem. We can build where we want and as much as we want,” the statement quoted Netanyahu as saying, adding that he also intended to allow the start of building in the West Bank.

“My vision is to enact sovereignty over all the settlements,” the statement also said, pointing to Netanyahu’s apparent bid to win greater support from settlers and appeal to a right-wing coalition partner.

Netanyahu told the ministers of the move at a meeting where they also decided unanimously to postpone discussing a bill proposing the Israeli annexation of the West Bank settlement of Maale Adumim, home to 40,000 Israelis near Jerusalem.

A brief statement issued after the discussion by the ministerial forum known as the Security Cabinet, said work on the bill would be delayed until after Netanyahu meets the new U.S. President, Donald Trump.

Netanyahu held his first phone conversation with the president on Sunday, saying afterwards that the conversation had been “very warm” and that he had been invited to a meeting with Trump in Washington in February.

“Many matters face us. The Israeli-Palestinian issue, the situation in Syria, the Iranian threat,” Netanyahu said in remarks broadcast at the start of his weekly cabinet meeting. 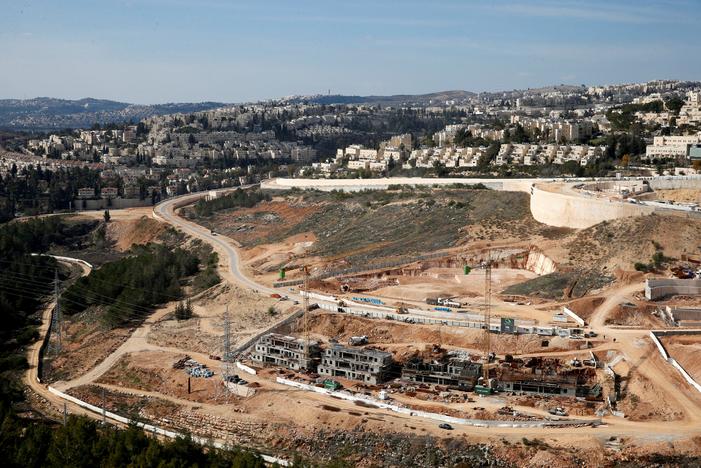 Meanwhile the housing projects approved by the Jerusalem municipality on Sunday are on land that the Palestinians seek as part of a future state and had been taken off the agenda in December at Netanyahu’s request to avoid further censure from Trump’s predecessor Barack Obama.

However, Israel’s right wing believes that Trump’s attitude towards settlements built in the West Bank and East Jerusalem — areas Israel captured in the 1967 war — will be far more supportive than that of Obama.

Jerusalem’s City Hall approved the building permits for more than 560 units in the urban settlements of Pisgat Zeev, Ramat Shlomo and Ramot, areas annexed to Jerusalem in a move not recognized internationally.

Jerusalem Mayor Nir Barkat said in a statement that the eight years of the Obama administration had been “difficult with pressure … to freeze construction” but that Israel was now entering a new era.

In its final weeks, the Obama administration angered the Israeli government by withholding a traditional U.S. veto of an anti-settlement resolution at the United Nations Security Council, enabling the measure to pass.

Trump’s nominee to be U.S. ambassador to the United Nations, Nikki Haley, echoed his condemnation of the world body over its treatment of Israel at her Senate confirmation hearing last week.

Before taking over as president, Trump also pledged to move the U.S. embassy from Tel Aviv to Jerusalem and has nominated as new U.S. ambassador to Israel, David Friedman, who is seen as a supporter of settlements.

Israel views all Jerusalem as its capital, but most of the world considers its final status a matter for peace negotiations. The Palestinians have said that an embassy move would kill any prospect for peace. Negotiations broke down in 2014.

Commentators in Israel have said it is too early to tell what Trump’s policy on these matters will actually be although the White House said on Sunday it was in the early stages of talks to fulfill Trump’s pledge.

“We are at the very beginning stages of even discussing this subject,” White House Press Secretary Sean Spicer said in a statement.

Most countries consider settlement activity illegal and an obstacle to peace. Israel disagrees, citing a biblical, historical and political connection to the land — which the Palestinians also claim — as well as security interests.